NYC is both the most populous and the most densely populated city in the U.S. With over 8 million living there and more than 66 million visitors each year, every part of infrastructure sees its fair share of usage. Plumbing is one of the systems that withstand the brunt of the “attack.” Therefore, residents need to have at least basic knowledge of plumbing. Not only to counter the problems – but to prevent them before they occur. And that’s exactly what this guide to NYC plumbing will help you do.

The importance of plumbing

Ever since the days of the old, people have recognized the importance of having a steady water supply within reach. Even before 2,500 B.C., Ancient Egyptians used copper pipes to get water to their palaces. They built intricate irrigation systems to water their crops. Romans built elaborate networks of aqueducts and sewers, dating back to 455A.D. This led to plumbing taking a rightful place as one of the pillars of modern society. It provided comfort and health benefits, but also the possibility for industries to develop and grow. Plumbing today doesn’t stray far from these premises. It only improves upon them, thus allowing us to lead better, healthier lives. And, with the basic knowledge of plumbing, you ensure it remains so.

The current state of plumbing systems in NYC

We must put your mind at ease, right off the bat. NYC’s plumbing system is excellent. To this speaks the fact that NYC has some of the best tap water in the world. Still, New York is an old city that’s enormous in size. And, it only keeps growing. This can lead you to think that the plumbing system isn’t “what it used to be.” There’s some truth to that. After all, constant use does lead to deterioration. It’s inevitable. However, this isn’t much of an issue, except in some parts of the older neighborhoods.

Don’t rush when moving to the NYC

Living in the Big Apple is the dream of many, yet a reality for few. Still, even if you’re among the lucky ones moving to NYC, especially older neighborhoods like Brooklyn, you must take the necessary precautions. First, it’s essential to hire the right movers so that the entire process goes smoothly. And, second, you must be certain that the plumbing at your new place is up to standards. Fortunately, Brooklyn offers adequate help in both departments.

Although some buildings still use outdated systems, the vast majority made upgrades to meet modern standards. Still, when moving into an older building, it pays to check if the plumbing system was updated and when. It will give you peace of mind to know you won’t have to deal with problems from day one.

Also, upgrades are (mostly) done on a per-apartment basis. So, check to see if the apartment you bought or neighboring ones were upgraded. Otherwise, an issue at the neighbor’s apartment can become yours, and vice versa.

A city the size of NYC cannot go without plumbing issues. It’s simply impossible unless you tear it down and build it from scratch, with the sole focus being the impeccable plumbing grid. Even then, a constant influx of people would cause it to deteriorate over time. So, plumbing issues will remain commonplace in NYC. Fortunately, though, it’s improbable they’ll all hit you, in particular. And, when some of them do, even then, you won’t have to worry too much. Common plumbing issues are more of a nuisance than an actual problem.

The majority of those you can solve on your own, with a bit of patience, some DIY, and a guide to NYC plumbing. And, of course, when that isn’t an option, you always have expert plumbers to rely on. With that out of the way, let’s see what the most common issues are and what you can do to fix them.

Clogging – a problem that causes problems

Coronavirus had quite the impact on the NYC plumbing system. While preventive measures were in effect, people were spending more time at home. This caused the plumbing grid to suffer an additional strain, namely – more clogging. And that’s one of the most annoying issues since it can cause a whole array of other problems:

Now, clogging is relatively easy to fix. Minor ones you can easily DIY with a plumbing snake. Anything more significant, and professional plumbers will make short work of it. But, it’s much more important to prevent clogs from occurring again. And that takes discipline and conscientiousness.

What can you do to prevent clogging?

The most common cause of major clogging is improper disposal of various garbage. It’s also the reason why garbage disposals are still banned in the majority of residential buildings, even though they’ve been legal for quite a while now. So, you need to exercise some awareness when disposing of things that go into the sewer lines. The two major “sins” are:

Or, in other words: don’t use toilets and sinks as garbage disposals.

The best way, by far, to handle plumbing issues is not to let them occur in the first place. This guide to NYC plumbing is an excellent first step in the right direction. However, for ultimate safety, you should give your plumber a call, and schedule a regular inspection. It’s the most reliable way of catching any problem early, fixing it fast, and resting easy for a good while after. 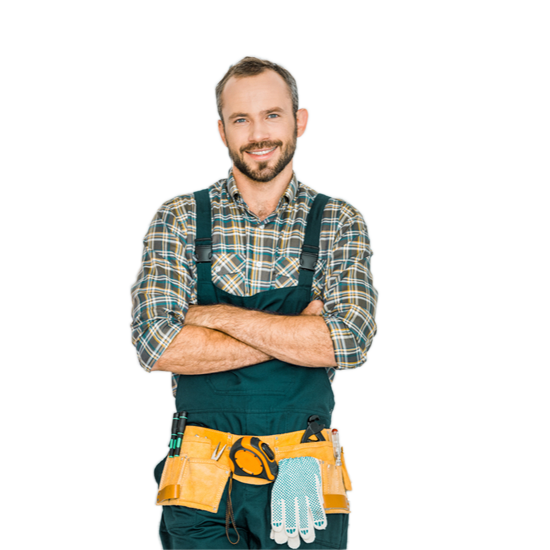